A Broken Mirror – Statement by Pay The Grants 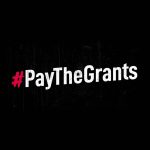 This author does not have any more posts.

Marred by fear, anger, violence, and fire, the past week has shocked many while coming as no surprise to most. The deliberate instigations borne out of internal ANC factionalism sparking these events deserve condemnation and prosecution for playing with peoples’ lives in their petty power struggles. Yet the eruption of food riots and rebellions seen in response reflect the rising frustration and desperation of poverty far beyond their self-serving politics.

Of these events much has been said in-depth already, but some bears repeating.

First, this was avoidable. In another country, a sensible government would have had the foresight to not rip away the Social Relief of Distress grant from over six million people in April at the very moment before the third wave of Covid-19 and continued lockdowns would descend; making the question of its continuation a matter of life and death. For that matter, in another nation, the cruelty of terminating the Child Support Grant top-ups in November 2020 and making mothers starve themselves to feed their children would not have even been considered. In another South Africa, instead of its rejection in favour of neoliberal policies that have failed dismally for the majority, there would have been the prevailing of common sense and the adoption of a Basic Income Guarantee (BIG) all the way back in 2004. A genuine commitment to meaningful land and agrarian reform. A real focus on building a people-centered economy through a myriad of disregarded options. There were no silver bullets, but so, so many missed steps. In that world, then, perhaps, none of this may have come to pass. But we do not live there.

Second, this will happen again. You can attempt to unleash the military to force what the myth of the rainbow nation can no longer cajole: silencing of the rage and hunger-pains of the historically looted and dispossessed. All in order to hold onto a fragile illusion of a country that does not exist – except for the few that have the means to suspend their disbelief. Yet without substantial political intervention and economic justice, the flames are not extinguished, the gaping wounds remain unhealed. And no amount of insubstantial “my fellow South Africans” can change that while Gogo Aubrey Matshiqi’s words ring true, “South Africa belongs to all who live in it, except when it comes to the economy”.

Third, this does not have to be our fate.

In light of the immediacy of the crisis we face, the Covid SRD Grant must be reinstated immediately; increased to, at the very least, the Food Poverty Line of R585 for all unemployed persons aged 18-59, including unemployed caregivers. (*IEJ has recently released an additional Covid Economic Relief Package regarding further measures to prevent our humanitarian crisis)

In recognition of the depths of our crises, this must lead to the implementation of a Universal Basic Income Guarantee (UBIG), realised at the Upper Bound Poverty Line of R1 268 at the very least, for all persons aged 18-59, employed or not, within the next budget cycle at maximum.

As the government shifts in the face of growing pressure and backlash, we recognise that they and Treasury may well commit to doing so, but seek to deliver paltry appeasements with limited and insignificant policies stamped as a “BIG”. We cannot accept this. There is too much at stake to indulge in short-sighted ideologies and austerity measures that would design a failure in the form of hope.

As #PayTheGrants, like others, we have a habit of saying that the question is not whether we can afford to implement a UBIG, but whether we can afford not to. Some may believe we simply engage in fanciful wordplay, perhaps to make an appeal to the cost on our conscience. To make a plea to consider the depth of poverty and pain that will persist if we do not do this, and to prioritise the moral choice, to do what is right. We do not.

27 years of unnecessary suffering have proven that the ‘right choice’ has little bearing in deciding the priorities of our nation. We state this because the question of affordability is a red herring wherein the lack of political will can hide behind empty claims of fiscal constraints. We state this because the possibility of affordability has been proven over and over again, the question is simply which cost we will choose to bear. We state this because our choice is exceedingly simple: we either choose a society that caters to the majority of its people, or a society that will cease to exist for anyone. If we cannot share in the country’s wealth, we will share in its destruction.

It is deeply concerning that some with significant influence on this choice, such as our Finance Minister Tito Mboweni, can express outright disregard for a UBIG over employment incentive alternatives, as if mutually exclusive instead of complementary. More so, how can someone attain one of the highest offices in the land without the willingness to read the writing on the wall, let alone the research. As #PTG, we resist any opportunistic attempts to falsely pit jobs against a UBIG; job-creation can go hand-in-hand with measures of redistributive justice which affirms everyone’s moral and social right to the economy. Yet the fact is simple: government-focused employment creation programmes have consistently failed to deliver, while it is simply impossible to provide the level of meaningful employment necessary to answer our crisis with the urgency it demands.

For the outpouring of graphic visuals of the recent destruction wrought juxtaposed against the selfless acts of communities in cleaning and rebuilding, it can be heartwarming to see, and we encourage people to find and give support where possible. Yet the often-accompanying claims of #ThisIsNotUs is sadly misguided. This is us. The violence of the last week has held a painfully harsh mirror for us to see ourselves more honestly, and the violence we have collectively accepted as the norm. Our country is built on misery and suffering, and the mirror is no longer silent. Do not look away. See our reflections beyond illusion. And recognize who we have become. This is us. But we can choose to become new people.